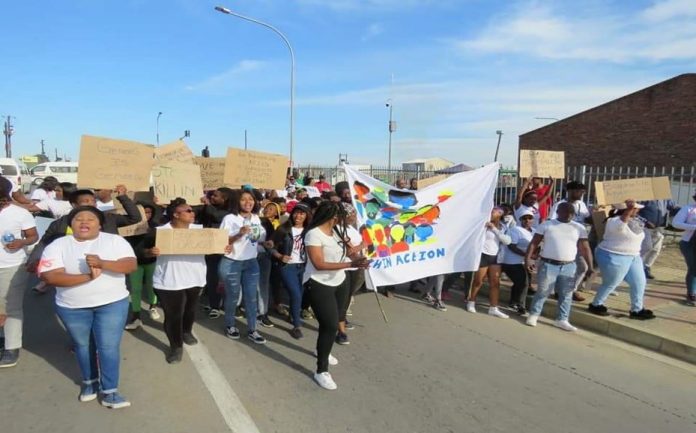 In Thursday’s State of the Nation Address, President Cryil Ramaphosa promised that his administration will halve violent crime cases. However, murder rates have increased drastically,  and also noting that murder cases are often connected with drugs in South Africa – it raises a serious concern on the government’s ability to deliver on its promises. While the President’s address is only a promise; the youth of Thembalethu in George have taken a stand against murders and drugs in a peaceful walk on Monday 17 June as part of resembling the youth of 1976 by saying ‘’enough is enough” on crime and substance abuse.

The walk was organized by young people of Thembalethu under the name ‘Youth in Action’. Above a hundred youth took part in this walk. One of the organisers of the walk, Snazo Gulwa, had this to say: “Today we have decided that we are going to take a stand as young people of Thembalethu against substance abuse and youth-on-youth killings. This also serves as a warning to those who continue to sell dangerous weapons to young people. We also invited the police to come and accept our petition in which we stated our concerns, and we hope that we will continue to have engagements with regard to these matters.” This walk is encouraging and should continue to make the community aware that these crimes are not acceptable given their escalation since last year.