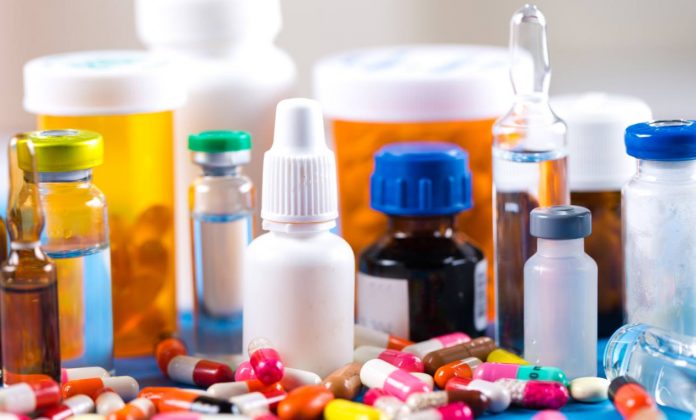 This medication is used to treat attention deficit hyperactivity disorder – ADHD. It works by changing the amounts of certain natural substances in the brain. Methylphenidate belongs to a class of drugs known as stimulants. It can help increase your ability to pay attention, stay focused on an activity, and control behavior problems. It may also help you to organize your tasks and improve listening skills.

This medication is also used to treat a certain sleep disorder (narcolepsy).

How to use Ritalin

Read the Medication Guide provided by your pharmacist before you start taking methylphenidate and each time you get a refill. If you have any questions, ask your doctor or pharmacist.

Take this medication regularly to get the most benefit from it. To help you remember, take it at the same times each day.

The dosage is based on your medical condition and response to treatment. Your doctor may direct you to gradually increase or decrease your dose. Also, if you have used it for a long time, do not suddenly stop using this drug without consulting your doctor.

If you suddenly stop using this medication, you may have withdrawal symptoms (such as depression, suicidal thoughts, or other mental/mood changes). To help prevent withdrawal, your doctor may lower your dose slowly. Withdrawal is more likely if you have used methylphenidate for a long time or in high doses. Tell your doctor or pharmacist right away if you have withdrawal.

Though it helps many people, this medication may sometimes cause addiction. This risk may be higher if you have a substance use disorder (such as overuse of or addiction to drugs/alcohol). Take this medication exactly as prescribed to lower the risk of addiction. Ask your doctor or pharmacist for more details.

Nervousness, trouble sleeping, loss of appetite, weight loss, dizziness, nausea, vomiting, or headache may occur. If any of these effects persist or worsen, tell your doctor or pharmacist promptly.

Remember that your doctor has prescribed this medication because he or she has judged that the benefit to you is greater than the risk of side effects. What absolute hog wash !!!!!

Many people using this medication do not have serious side effects. This is not true

Tell your doctor right away if you have any serious side effects, including: signs of blood flow problems in the fingers or toes (such as coldness, numbness, pain, or skin color changes), unusual wounds on the fingers or toes, fast/pounding/irregular heartbeat, mental/mood/behavior changes (such as agitation, aggression, mood swings, abnormal thoughts, thoughts of suicide), uncontrolled muscle movements (such as twitching, shaking), sudden outbursts of words/sounds that are hard to control, vision changes (such as blurred vision).

Get medical help right away if you have any very serious side effects, including: fainting, seizure, symptoms of a heart attack (such as chest/jaw/left arm pain, shortness of breath, unusual sweating), symptoms of a stroke (such as weakness on one side of the body, slurred speech, sudden vision changes, confusion).

Rarely, males (including young boys and teens) may have a painful or prolonged erection lasting 4 or more hours while using this medication. Caregivers/parents should also be watchful for this serious side effect in boys. If a painful or prolonged erection occurs, stop using this drug and get medical help right away, or permanent problems could occur. Ask your doctor or pharmacist for more details.

This is not a complete list of possible side effects. If you notice other effects not listed above, contact your doctor or pharmacist

Despite its popularity, Ritalin quickly became controversial. Critics attacked the drug and its effects as well as what it and ADHD represented. Was Ritalin a silver bullet or black magic?

An initial concern centred on the drug’s similarity to illegal amphetamines, (the modern day “Tik”)such as speed. As with other medical drugs, Ritalin quickly developed a parallel life as a street drug.

In 1971, a task force on drug abuse reported to the US Senate that Ritalin was causing trouble in many US cities. In Seattle, it was described as the number one drug abuse problem.

Ritalin became a street drug, with some people injecting it. Syda Productions/Shutterstock

Rather than taking the drug orally, as intended, users would dissolve Ritalin and inject it. The task force also reported “children swapping their pills in the schoolyard with unfortunate effects”. In response, Ritalin’s manufacturer (now Ciba-Geigy) said they were unaware of the abuse of their product and that reclassifying the drug would stigmatise patients.

While ADHD remained primarily a North American diagnosis during the 1970s, the abuse of Ritalin in Sweden was such that the drug was banned.

Critics also highlighted Ritalin’s side effects. Although Ritalin was marketed in part on the basis that it was safe, ads warned of possible insomnia, depression, anorexia, stunted growth, bed-wetting, irritability, heart problems and hallucinations.

A 1971 study that compared Ritalin to stronger stimulants and an antipsychotic drug found that while its side effects were less frequent, they could be severe. One child experienced hallucinations that worms were crawling over him, only to return to normal when he stopped taking Ritalin.

By the 1970s, Ciba-Geigy’s aggressive advertising strategy was also questioned. As well as the many ads in medical journals – some of which ran to seven pages – the company marketed directly to consumers. It organised community meetings to promote their product to parents and teachers, distributed publications widely and produced a film called “The Hyperactive Child”. Salesmen were also encouraged to target probation officers and juvenile court officers.

Although the FDA eventually restricted these direct methods, Ritalin sales continued to grow. But this very success led to new criticism about the overdiagnosis of ADHD and the over prescription of Ritalin.

As early as 1970, the Washington Post reported that 10% of students in Omaha, Nebraska were taking Ritalin and related drugs, spurring Congressional hearings. A 1976 report claimed that in Minneapolis, Minnesota, African American students were especially singled out for medication.

Prescriptions for Ritalin and other ADHD medications in the US escalated from 400,000 in 1980 to 2.6m in 1995. One reason for these increases was the broadening of the concept of ADHD.

Although ADHD had been associated with hyperactive boys, a renewed emphasis on inattention shifted the focus on girls who caused few problems in the classroom but were still struggling academically. ADHD also became understood as a lifelong, rather than a childhood, affliction, resulting in the concept of “adult ADHD”.

More recently, illicit use of Ritalin as a study aid has triggered renewed controversy. Reports describe young people “faking” ADHD symptoms to get a prescription for the drug to improve academic performance. In some cases, the drug has been a gateway to other drugs, such as cocaine and methamphetamine.

While the objections to Ritalin mounted, many patients, parents and doctors believed that its benefits outweighed the risks. Globally, the use of ADHD drugs increased as the concept of ADHD spread around the world. Iceland, not the US, now has the highest per capita rates of Ritalin use. But the crux of the matter remained: was it right to drug children to improve their behaviour and school performance?

This summer, a new study threatens to cast doubt on Ritalin once again. It found that taking Ritalin for four months changed the white matter in children’s brains. In a press release, Liesbeth Reneman, a senior author on the paper said: “What our data already underscore is that the use of ADHD medications in children must be carefully considered until more is known about the long-term consequences of prescribing methylphenidate at a young age.”

(The Conversation approached Novartis – the current makers of Ritalin – for a comment on the study but did not receive a reply.)

The white matter study highlights that we don’t know enough about the long-term effects of Ritalin. Few studies have addressed this issue, despite long-term use of the drug. But even if this study’s results are replicated, would this be enough to convince people that Ritalin’s risks outweigh the promised benefits of academic and career success?

Two opposing arguments have emerged about the future of Ritalin. The first is that ADHD drugs should be made available for everyone’s benefit.

Advocates of neuroenhancement argue that we should welcome the potential improvements to our lives promised by drugs such as Ritalin. By making Ritalin more widely available, we could all benefit from improved focus and performance. We can get more done and be more effective. In Silicon Valley, for instance, people are taking nootropics, or brain-enhancing drugs, to get ahead.

But do we want to live in a world where we need neuroenhancement to be happy and successful? Advocates of neurodiversity argue that we should dismiss the concept of ADHD altogether, binning Ritalin along with it.

The term neurodiversity was coined in 1988 by Australian sociologist Judy Singer. It means that neurological differences should be recognised and respected. Rather than using drugs to change the behaviour associated with disorders, such as ADHD and autism, society should be more accommodating of neurologically diverse people.

Underlying neurodiversity is the idea that we need a wide variety of people to have successful societies. This is especially true as we try to resolve existential issues, such as climate change.

One example of neurodiversity making a difference is the teenage Swedish climate change advocate, Greta Thunberg, who has been diagnosed with ADHD and autism. It is likely that Thunberg’s unconventional approach – and her success – is partly because she thinks differently to a “neurotypical” person.

So will Ritalin play an essential part in building a neuroenhanced society? Or will greater acceptance of neurodiversity render it irrelevant? Although Ritalin may continue to play a role as a smart drug, I hope that people like Greta Thunberg convince us that we will ultimately be more successful by encouraging neurodiversity.