If ever a brand stood out for representing the Korean commercial renaissance in the automotive world, it is Hyundai. Hyundai has pulled out the stops and offered passenger vehicles (and commercials too) that in perception and ownership terms have stood shoulder to shoulder with old-established rivals. In my view, the vehicle that really started the renaissance was the iX35, an SUV that brought a dash of style to the SUV segment and with it a level of desirability that most competitors at the time could not match.

Today, it is the Tucson (both the progenitor and successor to the iX35) that carries the flag for Hyundai in the mid-size SUV market. Pesky rivals such as the VW Tiguan and Toyota RAV4 are hard nuts to crack but that simply spurred Hyundai’s SA importers to add some fizz to the range as demonstrated a couple of years back by the introduction of the Hyundai Tucson Sport, a limited edition model unique to the local market and one endowed with lots of sporty accoutrements.

The Tucson model range as a whole underwent a significant makeover in 2018 and come mid-2019, Hyundai Automotive SA decided to introduce gen 2 Sport models based on the aforementioned upgraded model. The initial foray could truthfully be described as a “toe in the water” venture which has acted as a trailblazer for the two models recently presented to the press in the Western Cape.

Only the 1.6 Turbo petrol received the Sport makeover in 2017 but now, and how good this is to report, a Turbo D has also been added to the ranks. The former now delivers 150kW/300Nm fed to the front wheels via a massively improved 7-speed dual clutch gearbox with optional manual override while the D offers up 150kW and a stump-pulling 460Nm torque peak that makes its presence felt from just 1 750 rpm.

Again, the front wheels do all the work, but in this case, an 8-speed torque converter auto sees service, also with a manual override option. Both motors offer notable increases in grunt over the standard iterations thanks to some “after-market” software tweaking that’s aided and abetted by some massaging of throttle responsiveness. 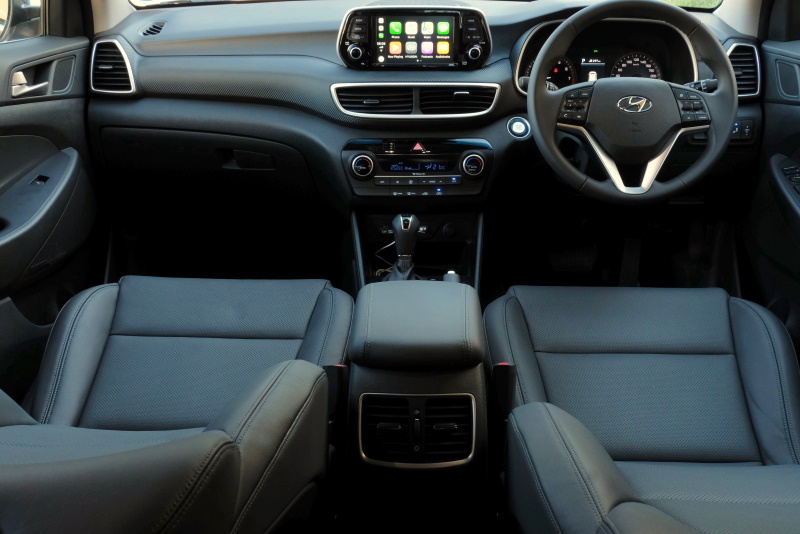 Both models are based on the range-topping Elite derivative which telegraphs leather-clad seating and plenty of trinkets including Apple Car Play and Android Auto connectivity that allows for sat nav functionality via a mobile phone connection. Add in powered seats, dual climate control with rear feed, blind spot and cross-traffic alert, reverse camera and park sensors, electric windows and a large sunroof and you’ve got a very well-equipped SUV on your hands. 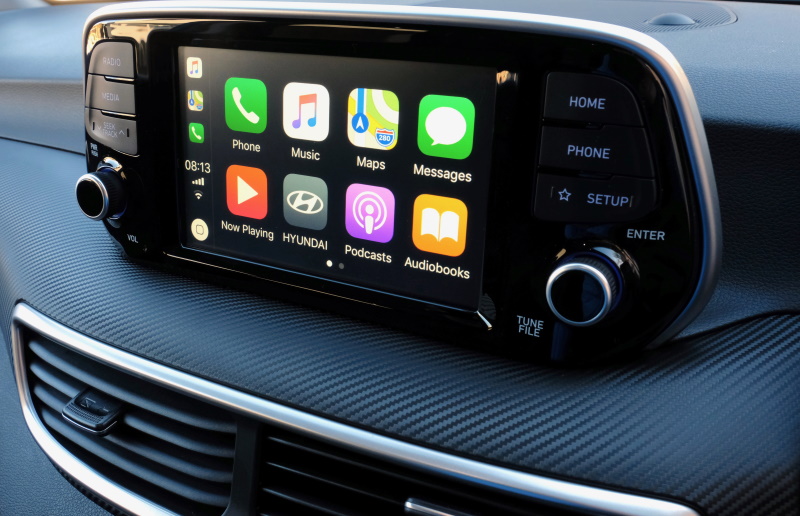 As is the norm in this neck of the woods, and de-rigeur when it comes to sportily-clad vehicles, the interior is all-black. At first glance, the cabin exudes an air of plushness which is founded upon the use of visually appealing materials, and in the case of the upper surfaces, materials that are soft to the touch.

It’s on the outside that the real differentiators are to be found. Most obvious are the unique-to-model black alloys that are home to 245/45R19 rubber followed by mean-looking quad exhaust outlets, prominent side skirts, front and rear spoilers and a faux rear diffuser. All this sporting kit is sourced from Korea and succeeds in telegraphing the model’s sporting overtones while just managing to avoid an over-dressed “Durban special” appearance.

We set out in a 1.6 turbo and it soon became apparent that the upgraded DCT transmission, complete with paddle shifters in this instance, has shrugged off the complaints of old and now delivers swift and smooth shifts with the bonus of excellent responsiveness thanks to the absence of slip. The meaty torque output also allows for higher gearing with reduced engine revs and lower mechanical noise levels. 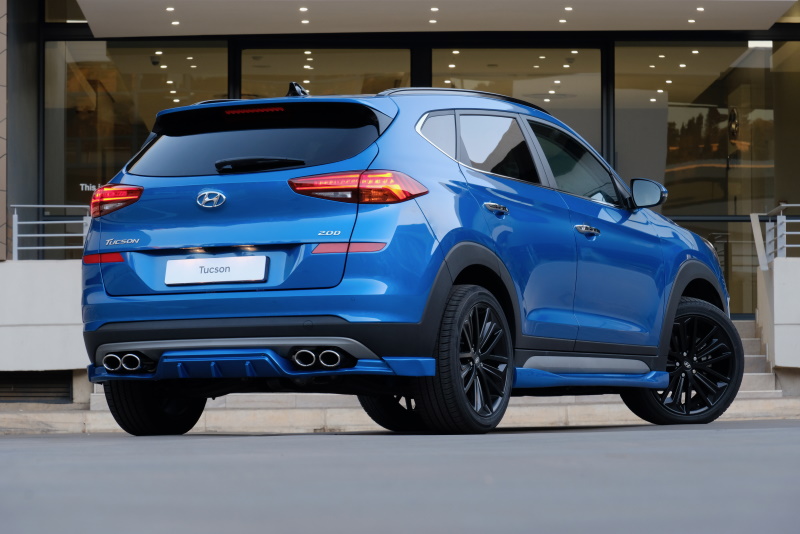 My first acquaintance with the 2.0 turbo D, complete with smooth-acting 8-speed torque converter gearbox, was on Killarney race circuit. To say the free-revving nature of the engine came as a surprise, as did the level of outright performance, is something of an understatement.

In a track environment, the slightly more immediate responses and greater rev range of the petrol mill meant the 1.6 turbo won on points but let it be said that both models exhibited surprisingly good stability (Vehicle Stability Management is present) and durable brakes under sustained provocation.

If the diesel trailed just a tad on-track, it more than regained lost ground in a real-world environment. Some of the rural roads we encountered were of dubious quality and here both models coped well, the underlying firmness being offset by a well-judged measure of pliancy notwithstanding those big, low profile tyres.

In a way, it seems incongruous to dress up a high riding SUV with sporting accoutrements, but past patterns suggest there is a small market out there that wants to combine practicality with a measure of punch and lots of eye candy. Production output is limited anyway, and despite the higher price demanded for the Sport models over the Elite models on which they are based, the extra outlay is reasonable enough and most certainly visible to all onlookers. The local importers deserve a round of applause for daring to be different and meeting what could be called niche demand.