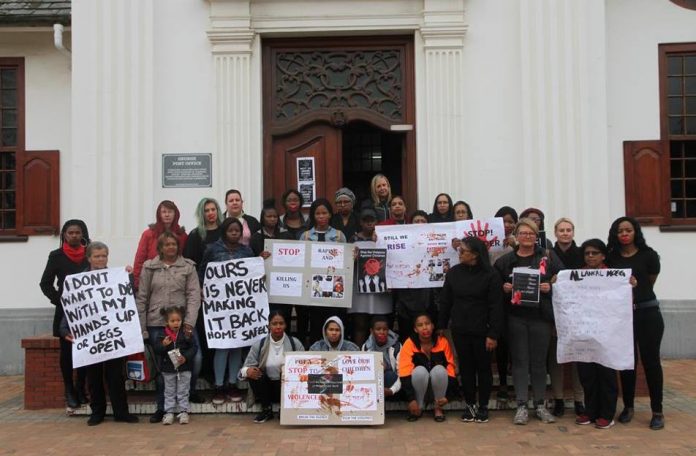 Just after the end of Women’s Month, of August 2019, the country was alarmed to the continued abuse of women and children. A story that made headlines was that of the University of Cape Town student, Uyinene Mrwetyana, who was raped and murdered by a post office employee. President Cyril Ramaphosa went to visit the family of the student concerned in the Eastern Cape.

Georgians were also not quiet. As part of the Total Shutdown Initiative, a group of protesters outside the post office took on a silent vigil (see picture). During the Friday evening, residents of Thembalethu were walking the main street in Thembalethu, holding candles and singing songs that are directed to the fight against women and children abuse. The recent spate of shocking violent crimes against women and children has led to the people calling on the president to bring back capital punishment. #StopTheViolence.