“The Garden Route District Municipality (GRDM) has the biggest Roads function in the Western Cape”. This was confirmed by GRDM Executive Manager for Roads Services, Mr John G Daniels at their main office in George on Tuesday, 28 May 2019.

Mr Daniels confirmed his statement about the magnitude of the Department, when he said that the budget of the Roads Department amounts to over half a billion rand. “This budget is inclusive of the Department’s yellow fleet that amounts to R386 million, which makes us the biggest Roads Department in the Western Cape,” Mr Daniels boasted. The WCG increased the roads services budget from R145 million, last year, to R160 million for this year. The increase of R15 million could only have materialised due to the Department’s good record of expenditure and stable staff complement. “All these characteristics personify the Roads Services function and with everything necessary in place, we plan to spend R200 million again,” Mr Daniels said.

Projects in progress and to be implemented

One such project planned for the current and next financial years will be a R21 million project to be implemented in Slangrivier (Hessequa), which is foreseen to commence in August/September this year. Two other projects include the re-gravel and resealing of roads in the entire Garden Route district. The resealing will amount to R23 million and R17 million is budgeted for the re-gravelling project. The road building project in Friemersheim near Mossel Bay, is envisaged to be completed by September 2019. The R39 million project in Gwaiing (George) where the road is upgraded from gravel to tar, will be completed in the next financial year and will stretch over a period of 18 months.

Mr Daniels extended a word of appreciation to all the Roads staff by saying: “I thank each and every one of you for your commitment, endurance and work ethic. We made history by spending R200 million for the year!”
#GardenRoute #GardenRouteDM 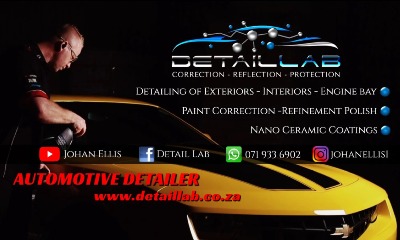