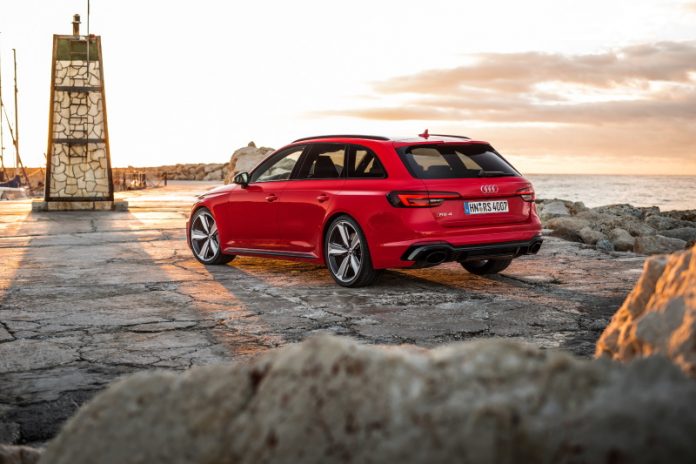 I was delighted to be introduced to the latest version of Audi’s RS4, in this instance in Avant form (no saloons any more) complete with a radical change of power unit – no doubt introduced to make emissions targets more accessible – in the shape of a lighter, twin turbo 2.9 litre V6.

Let’s get the Avant bit out of the way immediately. People just aren’t buying saloons anymore and regardless, the Avant format – Audi-speak for a station wagon or more accurately, a sports wagon in this application – has been with us since the revered RS2 emerged. Across Europe and the UK, I estimate more Avants found owners than did saloon versions anyway and as South Africa is not an island, potential buyers will from now just have to go with the flow as it were.

Indeed, the Avant styling with its mildly-sloped rear window and subtly bulging flanks is hardly your average econobox in appearance. It looks sporting, so much so that my neighbour, without any prompting, remarked on what a fine-looking machine was gracing my driveway.

I’m not going to head into huge detail about the kit on board as you can source this via a website but as you’d expect of an expensive steed, niceties such as powered mirrors and windows, keyless entry/start, parking warnings with camera imagery, sunroof, roof rails, fancy LED lighting, phone charge pad, ambient lighting, illuminated outer door handles, Audi Sport pavement lighting and so on are all there, or available.

What matters most with a car like this is the matter of dynamics. This RS4 rides on huge black and polished alloys that are home to 275/30R20 rubber. Surely, you’d think, that’s a recipe for detached fillings! Wrong. By employing the available configurable dynamics, it’s possible to tailor the car’s behaviour to suit the driver’s mood and the prevailing road conditions.

So, for those who want to live at Kyalami or who want to enjoy a more decisive driving environment on smoother surfaces, Dynamic mode brings out all the demons lurking under that shapely bodywork and endows this Audi with the sharpest steering responses I’ve experienced from a wheel embossed with four rings. Most importantly, don’t listen too closely to those who say life will never be the same without that wondrous V8 used in prior models. 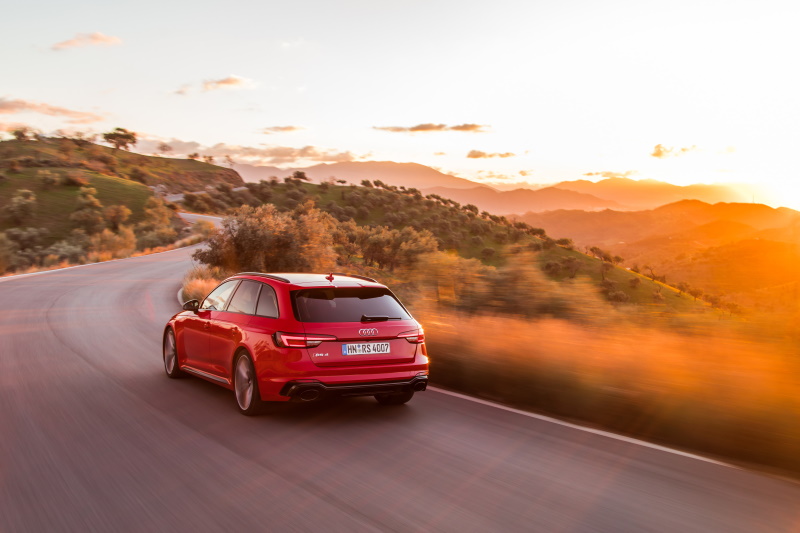 This 2.9 litre twin turbo V6, which shares duty with some Porsche models, is near-magical in that it provides sledge-hammer performance and the ability to potter around in near silence when madame starts to complain about the pops and burbles from the back and the snarling but creamy energy release from up front. You see, it has much the same peak power (331kW) as the venerable V8 but turbocharging has extracted much more low rev muscle (600Nm v 430Nm) which is the source of the incredible levels of thrust that are on tap, with virtually no lag, from under 2 000 rpm.

A quick scan on the web reveals that a 0-100km/h time of 3.9s is commonly recorded and that tells you all you need to know about which car to avoid at the lights unless you happen to be driving a 911. While that motor is under load, it produces an intoxicating V6 thrum while the exhausts (in Dynamic mode at least) produce a lovely baritone bark that settles into the smoothest purr you’ve ever heard at idle. Sure, the more-hairy, off-beat burble of the V8 has gone but this new contender lacks for nothing in terms of aural massaging.

Of course, it’s neither possible nor advisable to travel around at full throttle all the time, and this is where the RS4 has another trick up its sleeve. In a more relaxed driving mode, the steering becomes easier, the engine note simply disappears into the background, the 8-speed auto box (with paddle-shifters) flicks seamlessly through the gears, the triple door seals keep wind noise at bay and while the ride is always biased on the firm side, there’s an underlying suppleness that’s most welcome given the minuscule profile of the tyres which can generate roar on coarse chippings.

Truly, butter wouldn’t melt – until that Dynamic mode is selected and Thor makes a grand entrance. It goes without saying that the latest iteration of Audi’s famed quattro system is there to ensure unrivalled traction and grip in all conditions as it goes seamlessly about its work which includes ensuring sensational grip off the line when Launch Control is employed.

This RS4 truly is an all-rounder of immense ability and despite all those horses that can be so easily unleashed in the most controlled manner imaginable, it can also deliver fuel economy figures that belie its performance potential. On motorway runs over 50km, it was easy to record a figure of 9.5l/100km but even in a semi-urban environment, the Audi averaged 12.8l/100km. When pushed however, you can expect a 20-litre jerry can to be drained of its contents in just 100km, but all that accessible get-up-and-go is worth every drop.

I guess the RS4 tends to fly under the radar which is just what a stealth bomber is designed to do, but take my word for it – there is no better holdall on the market at this price level when it comes to blending performance, on-road safety, driving dynamics, practicality and simply outstanding construction standards. It’s time to buy more Lotto tickets. 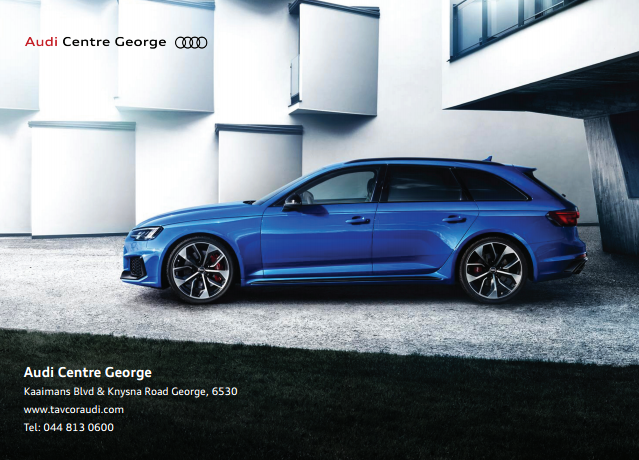