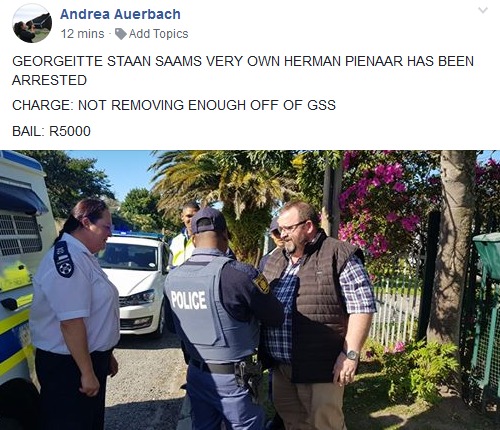 So this morning I heard the sirens coming down our street and was wondering what’s  wrong and then remembered that the police van is coming for me. Accused by the SPCA with some trumped up charge and having cuffs put on and bundled in the back of the van, only to be met by Sean Snyman, Paul Gerber and a third chap (sorry forgot his name) who were also arrested.

We were taken to the SPCA and put into cells with dogs. My cellmate was Scotty a beautiful Scottish Terrier. The people in the cells around me was able to raise their bail a lot faster than I could but after 2 hours we were set free.

Well done Salome and the team at the SPCA!